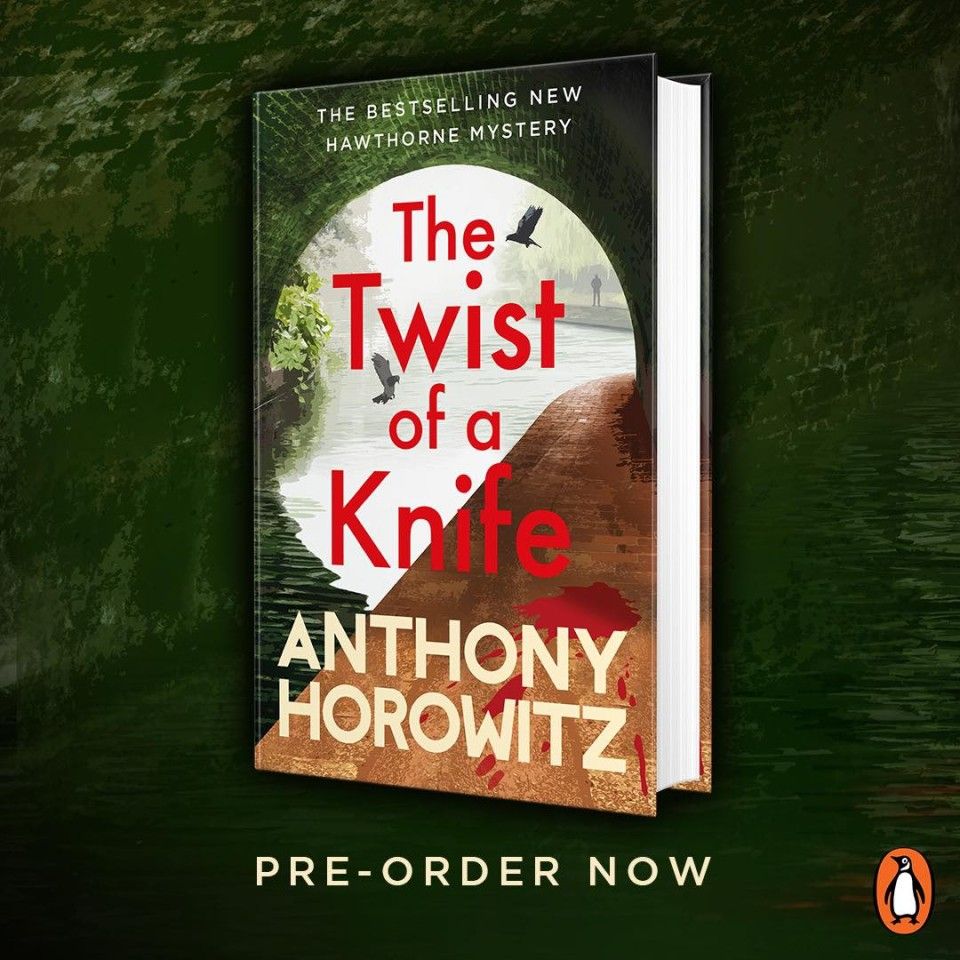 I’m pleased to announce my next outing with Hawthorne - THE TWIST OF A KNIFE - will be published 18/08/22.You can pre-order a signed copy with Waterstones here: The Twist of a Knife (Signed) : Waterstones

'I've written three books and our deal is over.' That's what reluctant author Anthony Horowitz tells ex-detective Daniel Hawthorne in an awkward meeting. The truth is that Anthony has got other things on his mind.

His new play, a thriller called 'Mindgame', is about to open at the famous Vaudeville theatre in Shoreditch. Not surprisingly, Hawthorne declines a ticket to the opening night.

The play is not enjoyed by the critics. In particular, Sunday Times critic Harriet Throsby gives it a savage review, focusing particularly on the writing. The next day, Throsby is stabbed in the heart with an ornamental dagger which, it turns out, belongs to Anthony, and which has his fingerprints all over it.

Anthony is arrested by an old enemy . . . Detective Inspector Cara Grunshaw. She's still smarting from her failure to solve the case described in the second Hawthorne adventure: "The Sentence is Death". She blames Anthony for her failure. And now she's out for revenge.

Thrown into prison and brutally interrogated, Anthony is the prime suspect in Throsby's murder and as a second theatre critic is found to have died in mysterious circumstances, the net closes in. Ever more desperate, he realizes that only one man can help him.

But will Hawthorne take the call?