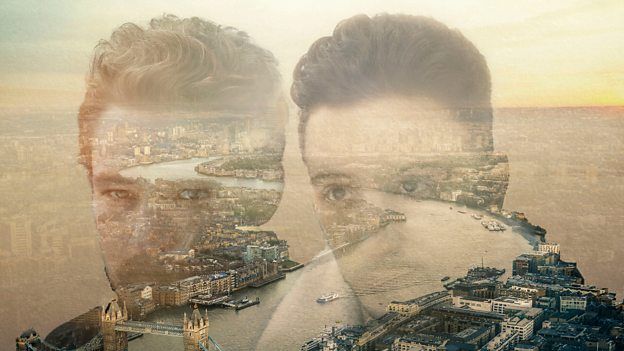 Created and written by bestselling author and screenwriter, Anthony Horowitz, New Blood is a bold and surprising seven part investigative drama for BBC One, produced by Eleventh Hour Films and directed by Anthony Philipson (Our Girl, My Mad Fat Diary, 24 Hours in A&E).

New Blood sets out to show a unique side of modern London through the eyes of two outsiders, Stefan and Rash, junior investigators for the Serious Fraud Office and the police respectively, brought together by two seemingly unrelated cases. In their first BBC primetime roles, Mark Strepan (The Mill) plays Stefan and Ben Tavassoli (No Offence) plays Rash.

Stefan and Rash are opposites in almost every way. What they do share are the same frustrations with life - underpaid, unappreciated and undermined. Lumbered with huge university loans, they can’t afford to buy a house and have little or no job security.

New Blood will see Stefan and Rash come up against the uber-rich and powerful: corporations, individuals, governments and the new breed of criminals who hide behind legitimate facades and are guarded by lawyers.

As their friendship is cemented across the series they come to understand that by quietly pooling resources and combining their different skills they make a formidable crime-solving force. And at the same time they might be able to help each other up the promotional ladder - if they don’t get themselves fired along the way.

@jhl154 That's about how long it took me to write it!
Reply Retweet Favorite