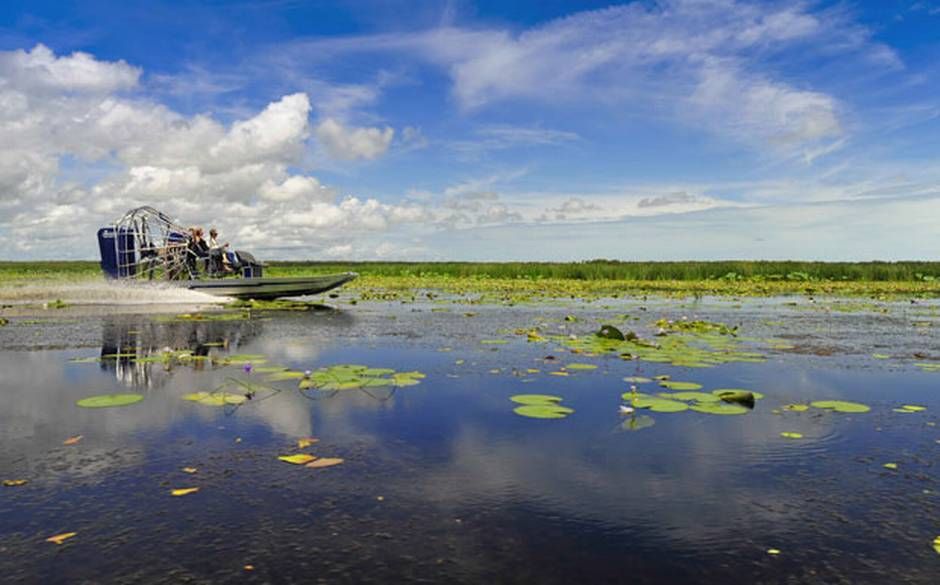 I am on a Panther Airboat , skimming across the flood plains of the Mary River in the Northern Territory of Australia. It’s the same sort of craft they use in the Everglades of Florida, and it has no trouble blasting through the spikerush and the wild rice, so I seem to be flying, driving and sailing all at the same time.

The sun is intensely hot but we’re travelling at 30mph and a cool breeze is rushing across my face. The flood plains are home to about 300 species of bird, and dozens of black and white magpie geese (bamurru in the Aboriginal language) scatter upwards as we approach. I have also seen swamp hens, ibises, plumed whistling ducks and jabiru, the tall, elegant storks that are native to this region. And, of course, there are crocodiles. The Mary River has the highest concentration of saltwater crocodiles in the world and it’s only a few minutes before I spot one, eyeing up a water buffalo calf that has come down to the water to cool off. Hearing the roar of our engine, it slinks guiltily away.

The scenery is constantly changing. From the flat, wide-open grasslands we pull into a dark lagoon surrounded by melaleuca or paperbark trees whose multi-layered bark is used by the local people for cooking and for artworks. It’s incredible that they can grow at all in land so waterlogged. With the engine turned off, we float in silence. A sea eagle, the second largest bird of prey in Australia, swoops from a branch. A barramundi plops out of the murky water. We are surrounded by crocodiles and I can feel them watching us, but for now they remain out of sight.

Most visitors to Australia give the “Top End” of the Northern Territory a miss, hurrying to Sydney, Melbourne or Uluru. I’ve met many people in the cities who have never travelled north, but the region has a wildness and character all of its own. This is old Australia, meaning anything from colonial to prehistoric. The Aboriginal culture and influence is everywhere, sometimes unhappily. You’ll still see groups of indigenous people drunk and helpless in city centres. Travel into their ancient territories, however, and their spirit and heritage are very much alive.

My three-hour airboat ride was the highlight of a visit to Bamurru Plains , an exclusive safari camp a little to the west of the World Heritage-listed Kakadu National Park – and you have to book in for two nights to take part. Have to? If you’re looking for a holiday that gives you a real sense of adventure but in total comfort and safety, I can think of nowhere better.

At first sight, Bamurru looks like an outback cattle station, scattered buildings with corrugated iron roofs stuck in the middle of nowhere. It is contained within a 76,000-acre estate, where 4,500 head of buffalo and about 1,600 cattle are farmed for export to Indonesia. Dingoes, wild pigs, brumbies (wild horses) and wallabies are also part of the neighbourhood. But appearances are deceptive. The nine rooms are luxurious – not over-the-top but spacious and stylish with natural wood floors, fans and separate shower rooms. Some have air conditioning . The solid-looking walls are in fact made of mesh so, at night, as you lie in bed, they become translucent and you almost feel you’re outside – though without having to worry about invading creatures. For daytime, there’s a wide verandah with an infinity pool, where I spent hours simply absorbing the surroundings – 50 shades of green – and watching the occasional dust devils , miniature whirlwinds that whip up the leaves. As the general manager, John O’Shea , told me: “We’ve taken the African safari experience and Ozzified it.”

John runs the place in a casual, friendly way that belies the efficiency of his operation. You can take a helicopter ride to the coast. There are four-wheel-drive safaris to alien landscapes dotted with termite hills or to the tranquil surroundings of Fisher’s Billabong , where birds and animals loll at the water’s edge on grass as flat and green as a cricket pitch. No matter where you are, as the sun comes down someone will turn up with an iced gin and tonic and canapés. Dinner, served at a communal table, is another surprise. The food is sophisticated and really excellent – with a wide selection of wines. The extensive bar is included in the full-board price and available all day.

I booked my stay at Bamurru Plains through Lords Safaris , run by Sab Lord , an affable, laconic and thoroughly unreconstructed Aussie who joined us for dinner. Between railing against “the hairy-armpit brigade” (backpackers), “tail-heads” (don’t ask) and politicians, he spoke with passion and sincerity about the outback. That, I found, was generally the case here. There are easier ways to make money than tourism, and all these people are in it because they love it and want to share it. They resent university-trained managers coming into the area and taking over the running of the national park. “How can you feel the earth if you wear shoes?”

I mention Sab because he’s an excellent contact and, if you’re coming this way, he can arrange anything: hunting, fishing, camping, trekking. He is also one of the few licensed operators who can escort you to Arnhem Land , a vast area of 35,000 square miles given its name by the Dutch, but a home to Australia’s indigenous people for tens of thousands of years.

I joined one of his safaris, a four-hour drive from Darwin that took us across the East Alligator River and into the park itself. Our destination was a rock escarpment called Injalak Hill – its local name is Long Tom Dreaming . We picked up our Aboriginal guide, Gary, in a nearby township and then clambered up the steep slope in baking heat. It was worth the effort. We didn’t just climb the hill, we burrowed into it, squeezing through crevices and across vertiginous shelves searching out the extraordinary rock paintings, many of them thousands of years old, that are among the best in Australia. Gary’s softly spoken commentary outlined the stories behind the paintings – as well as tales from his own life.

We ate our picnic lunch on a rock platform that felt like the open cockpit of a prehistoric spaceship, with views for miles across the bush land, a sight that has barely changed in a million years. I would advise against doing this trip in a single day, by the way: there’s just too much driving involved. Better to stay overnight at Jabiru, or hop on a plane, as I did when the expedition ended – 20 minutes to Bamurru in a six-seater Cessna 210 . The flight and the landing, on a rough strip of red dust, is an experience in itself.

Any visit to the Northern Territory usually begins in Darwin, a pleasant enough city – even if too much of the architecture looks as though it came flat-packed from Ikea. It’s easy to while away a few days here. There are excellent restaurants: I had the best steak I’ve ever eaten at Char Restaurant on the Esplanade – but then the Aussies know a thing or two about meat. There’s also a great food market twice a week at Mindil Beach.

I took a walking tour with Batji Tours , again with an Aboriginal guide, and though it covered just 100 yards along the front of the Esplanade, it was illuminating. A sunset dinner on the schooner Alfred Nobel was less successful. The sunset, food and service were terrific but I shared my table with an unusually gloomy Australian. “My wife’s up there,” he announced, pointing towards the quay as we set off. “She gets seasick?” I asked. “No. Up there!” He meant Heaven and barely spoke to me again.

A big surprise for me in Darwin was the wealth of museums. The Defence of Darwin Experience is full of interesting bits and pieces left over from the Japanese attack in the Second World War. But the jewel in the crown is theMuseum and Art Gallery of the Northern Territory , where beautiful indigenous art sits side by side with natural history. Don’t miss the bizarre Tjanpi Grass Toyota – which is exactly that, an oversized car, complete with passengers woven out of minyerri grass. Next door are exhibits of deadly creatures, from box jellyfish to whistling spiders, tiger snakes and sharks. My favourite, though, was Sweetheart, a 16ft crocodile. Nearby, a video display shows two rangers explaining how the creature arrived. Their aim was to move Sweetheart to safer waters but, in what must be the most gloriously incompetent conservation attempt ever, they ended up drowning it. The reptile on display in the museum is stuffed in every sense of the word.

While I was in Darwin, I stayed at the brand new SkyCity hotel, which has a swimming pool so large that I got lost in it. There’s an artificial beach at one end and, if you like that sort of thing, a casino next door. The hotel is a short taxi ride from the town centre.

Jet lag . There’s no avoiding it – even if, like me, you fly with a civilised airline via Singapore. I was in the air for 22 hours, much of it asleep, and jet lag followed me around Australia like an angry mistress, slapping me in the face in the afternoon and kicking me out of bed at 4am. At the end of the day, you have to live with it – and maybe go for a month rather than a week.

At Bamurru Plains I always awoke before the sun and I’d lie tucked up, listening to the barking owls – which really do sound like dogs – and watching the ghostly grey shapes of the water buffalo as they crept through the brush and down to the water. And it occurred to me that some holidays somehow transcend tourism. Your photographs will never fully capture what you saw. You will never quite be able to describe how you felt. Because it’s the overall experience that’s transformative.

@AhujaKaashvi @Monsieur_Andre My mistake. WHERE SEAGULLS DARE it is!
Reply Retweet Favorite 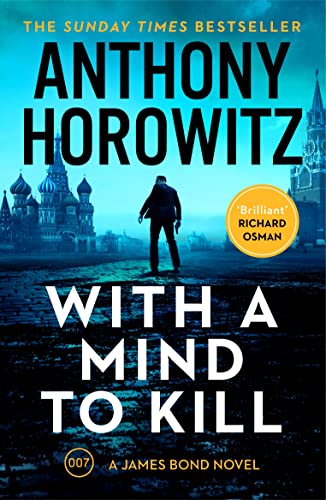