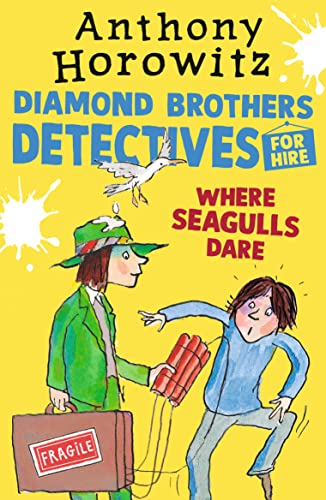 A hilarious new story about the world’s worst detectives, by the bestselling author of the Alex Rider series, Anthony Horowitz.

Private investigators Tim and Nick Diamond haven’t had a case for three months and are down to their last cornflake. So when a glamorous woman comes into their office offering them a pile of cash to find her missing father, they think Christmas has come – only it turns out they are the turkeys! Before they know it, they are caught up in a case involving bike-riding hitmen, superhackers and a sinister far right organisation, the White Crusaders. The Diamond Brothers are in the soup and in it over their heads. With thrills and spills, and jokes on every page, this new Diamond Brothers novel will have young readers howling with laughter.

Buy on Amazon
Return to Books